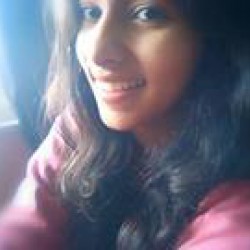 okay......soooooo let me tell you people that i love books.....i love all kinds of FICTION books.....nonfiction and philosophy??....uh huh....not my cup of tea......sooo i am here to help you guys to get the overview of a book so you can decide if you want to read the book or not :D and remember i will never let the cat out of the bag .....the book's ending if it is not much obvious then will be kept hidden on my side
15 BOOKS 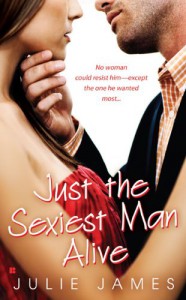 Okay, time for some ‘True Confessions’. Is there any woman alive who hasn’t dreamed of landing the absolute sexiest Hollywood star? Fess up! We’ve all dreamed it. It may have been when we were younger, but we’ve still all dreamed of Mel Gibson, Johnny Depp, Brad Pitt, Robert Redford, etc. But really, could we make it past their egos? Their unreal lives? The paparazzi? In “Just the Sexiest Man Alive”, Julie James spins a tale of that dream come true. He’s smoking hot, he’s been voted the sexiest man alive THREE times running, and he seriously needs an attitude adjustment.

Taylor is our heroine. She’s the star up-and-coming lawyer at a big Chicago firm who has been brought out to Los Angeles to try a $30 million lawsuit. She was more than happy to get out of Chicago and get away from her lying scumbag of an ex-fiancé who she caught ‘in flagrante delicto’ on their dining room table! To cope, she’s thrown herself into work and now she has this chance to shine! Until…the LA office gives her a small side job, they assign her to work with megastar Jason, whose next film stars him as a lawyer. He just needs some tips on legal issues and characterization. Shouldn’t take much time…right.

Jason is the sexiest man alive. Just ask him. He’ll quote you statistics about how many times the average woman watches his movies. He can, and has repeatedly, had any woman he wants…until Taylor. Of course, it doesn’t help that he blows off his first two appointments with her…after she’s cleared her very busy schedule. Doesn’t she know who he is? Any woman should be THRILLED to drop everything to spend time with him…uh huh.

As you can imagine, Jason is so very easy to despise. His character hits every bad ego-inflated Hollywood stereotype. But the beauty of this story is that we get to see him slowly come back to the real world. He’s mightily attracted to Taylor (lucky, lucky girl) and he makes his share plus of mistakes. But gradually, he becomes human enough to feel guilt, regret, remorse, and love. The bad boy reformed…and don’t we all love that!

This is author Julie James’ first novel. I must say I was very impressed with the way the author brings the whole Hollywood game-playing scene to life. The supporting ‘cast’ in the story is excellent. We meet publicity hungry stringers, agents, and wanna-be big names, looking out for themselves and shamelessly arrogant. Then there’s the paparazzi who’ll do anything for that one money-maker shot. So much fun to hate ‘em all! And a no-nonsense lawyer with shark-like instincts in the courtroom, but down to earth once outside. I liked Taylor. Heck, I wanna BE Taylor in my next life because I think I’ve missed my chance in this one!

“Just the Sexiest Man Alive” is a true romance. A larger than life hero and an unlikely heroine whose lives would normally never intersect, and yet they turn out to be perfect for each other. All together now…AWWWW. If you’re looking for a feel-good romance, you can’t go wrong with this story. Julie James’ next novel, “Practice Makes Perfect” is due out in March of 2009. I’ll be looking to pick up that one too!